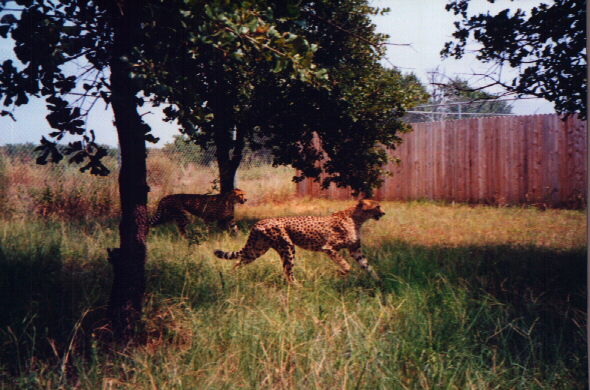 The cheetah is the fastest land animal on earth.  Cheetah's have been clocked at 72 MPH!  Although they can only do this for short periods of time.  The cheetah is critically endangered in the wild.  Their range once covered all of Africa but is now reduced to central southern regions.  In ancient times, it is believed that cheetahs were captured by Egyptian pharoas & were taught to hunt & return with their game.  As adults, cheetahs females are solitary animals, interacting with males only when ready to breed.  Males form bachelor groups, often called male coalitions, which will last for years.  The gestation period for the cheetah is 90 days with a litter size of 1-8 with 3-5 cubs being the norm.  Only 1 in 5 cheetah cubs in nature survive to adult hood!  For this reason, if a female gives birth to only 1 or 2 cubs, she will usually not care for them allowing them to die.  This may seem cruel, but she will usually accept a male again very soon & give birth to a larger litter.  Cheetah's have been difficult to breed in captivity in the past.  The husbandry of captive cheetahs is very different from any other felid.  Males & femlaes are nomadic by nature, not coming into contact with each other until the female is ready to accept the male.  In captivity, zoos  that have successfully bred the cheetah have used a number of different routines to stimulate breeding activity.  The most common is to simulate the nomadic behavior of the cheetah in nature by continuously rotaing their enclosures.

Cheetah females reach sexual maturity at 2 years of age while males usually do not breed until they are at least 3.  At Oakhill Center, we currently care for 6 cheetahs & participate in an organized breeding program with all zoos in the United States that house cheetahs.  It is very important that all zoos work together to manage this population.  The lack of great genetic diversity is probably one of the greatest challenges facing the cheetah.  By working together, zoos can pair animals that are genetically best suited for breeding regardless of their physical location or ownership.

Cheetahs can live into their late teens, however reproduction is usually limited to animals under 10 years of age.

Some of the Cheetahs in our collection. 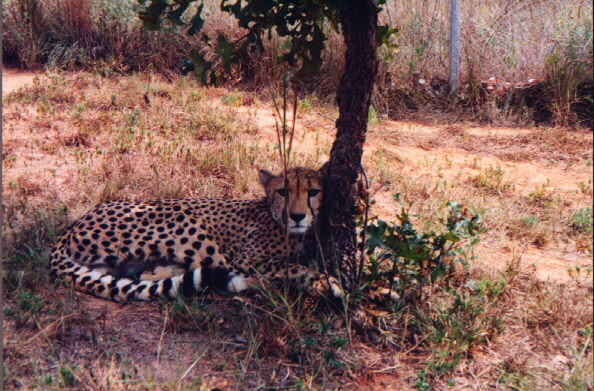 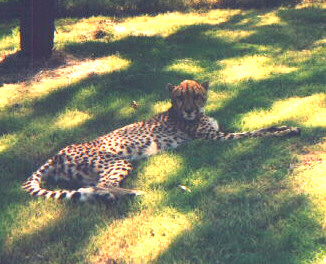 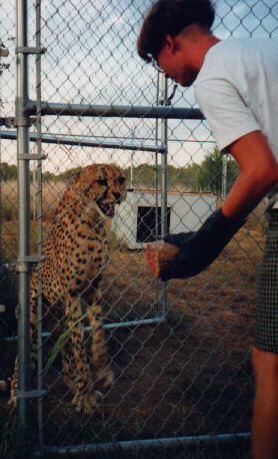 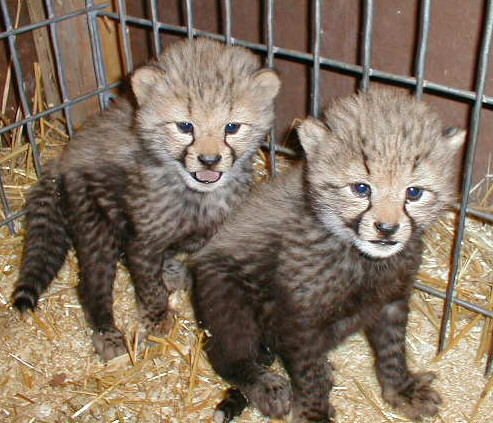