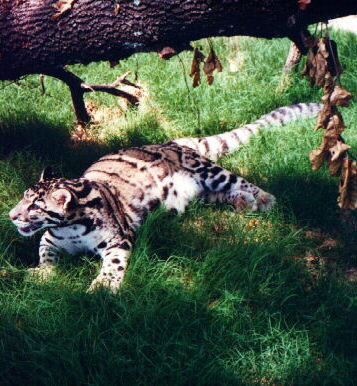 Ogg was born in August of 1995. He was used as an ambassador for his species and appeared on numerous local and national television programs. He is currently paired with Oona and recently fathered his first offspring!

There are currently only about 230 Clouded leopards (neofelis nebulosa) in captivity in the world with about 100 of them living in the United States! At Oakhill Center, we currently have 3 pair of these magnificent animals and are participating in a cooperative breeding program managed by the American Association of Zoos and Aquariums (AZA).

The clouded leopard (neofelis nebulosa) is the closest living relative to the extinct sabertoothed tiger. The canine teeth are extremely long in proportion to their head size. Many think that the coat pattern resembles that of a cloudy day. In the wild, the clouded leopard spends upto 80% of its life living in the upper canopy of the rain forrest. They get the majority of their water from their prey base which includes monkeys, birds and rodents. Little is known about their mating habits in the wild. However, in captivity, the clouded leopard tends to pair for life and is monogomous. Litter size ranges from 1 -3 cubs after a gestation period of 92-95 days. Both the male and female will care for the young. 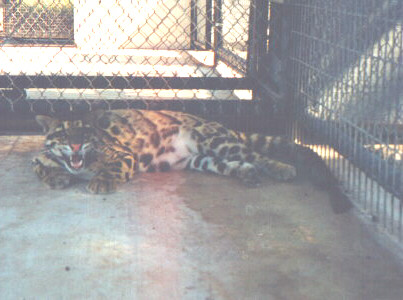 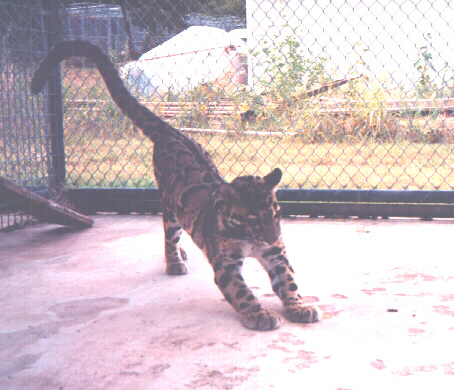 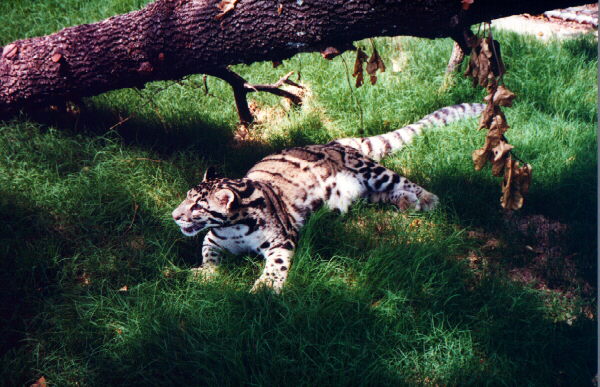 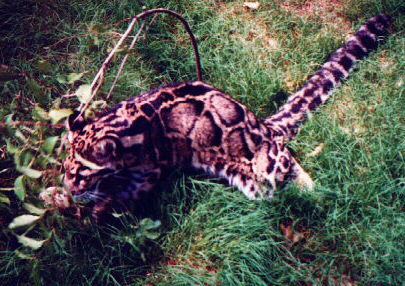