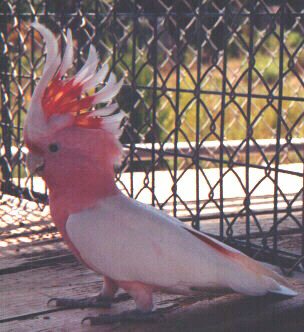 The Major Mitchell's Cockatoo (cacatua leadbeatri) is sometimes refered to as the leadbeater's cockatoo in America.  This parrot is native only to Australia and is endangered in some Australian states.  The birds are breath takingly beautiful with white wings and a bright pink body.  They are popular as pets when they are young however, as they reach maturity they do not make good pets.  The Major Mitchell is quite rare and expensive in the United States.  They are very prolific breeders, infact, this chick was hatched in 1998 to a pair that is over 60 years old!  In nature, they will lay up to 4 eggs but rarley raise more than two chicks.  The incubation period is about 30 days.  Although captive breeding has been successful, there is a common problem with males savagely attacking and sometimes killing the hens.  This species reaches maturity at about 2-3 years.  At Oakhill Center, we have 3 pair of these birds and work with zoos & private aviculturists in an effort to maintain as genetically diverse a population as possible.

Other Major Mitchell photos from our collection 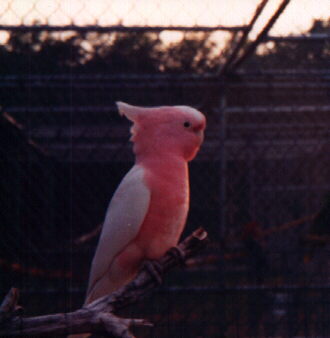 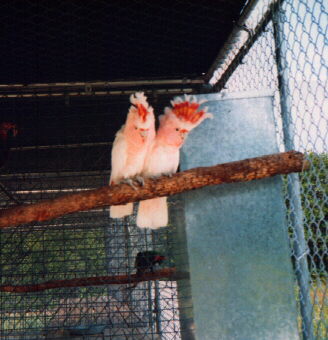 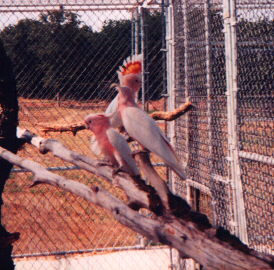